Difference between revisions of "/sora/"

SYNOPSIS
The story follows cute Japanese and European teenage girls wearing Wehrmacht uniforms, exploring a Japanese school in a Spanish town full of French people who make Venetian glassware on Switzerland's French border, in a country that has a soldier princess playing Amazing Grace on a trumpet, following a Shinto-Christian religion with a miko-nun, treating tropical diseases only children get, accepting yen as currency while not being able to read kanji, celebrating Spanish traditions mixed with Chinese New Years legends, shooting at African owls with German rifles, being led by a traumatized commander who is afraid of lightning, tricking Italian mobsters to keep them from moving in on the girls' bootlegging operation (which finance their paycheck and supplies), all while at war with German-speaking, brown-skinned Americans with bindis on the foreheads of their women, from a Roman Empire lead by the Pope that follows a monotheistic religion that believes in the Judgment Day, while piloting a finally fixed multi-legged, demon-slaying, weather-reporting, stealth-sniper and simulation training mode capable, AMAZING GRACE SINGING, Engrish-speaking, talking like a SPESS MEHREEN, wall-climbing, 200mm coil gun-firing supertank from the past (aka Tank-kun). 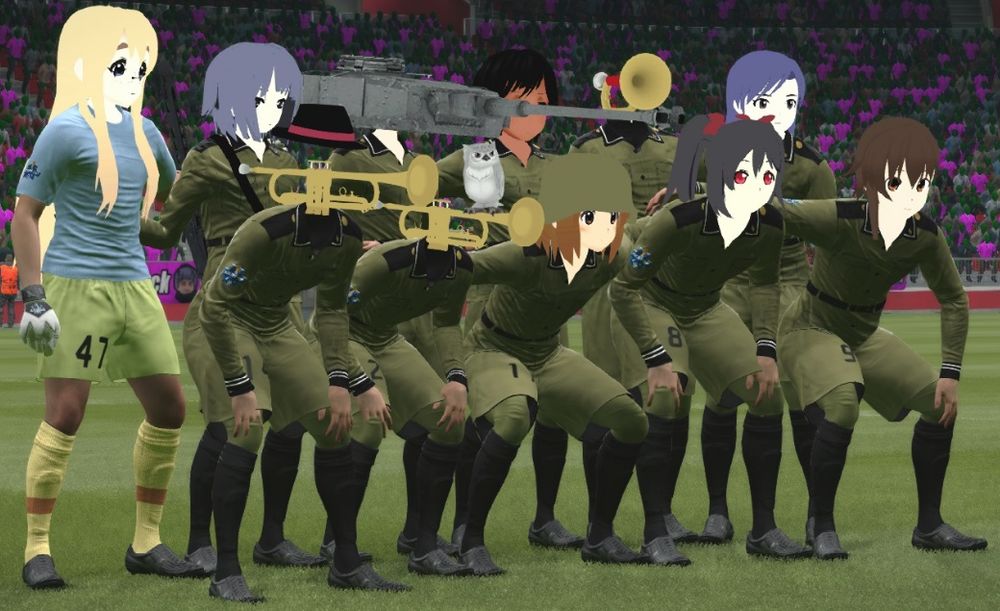