Difference between revisions of "/tg/"

The Roster Poll is now ended, please follow the link to get a important message.

Go here for the latest exports

Like a bunch of other teams, we now have a Discord server where you can get in touch with the team management or just hang out and chat: Dare you Enter the Magical Realm?

/tg/ is the virtual divegrass club representing Traditional Games in the 4chan Cup. The team was formed on New Year's Eve, 2011, during the Second Founding. Their inaugural competition was the 2012 4chan Winter Cup, where they placed 5th. The club has gone on to play in fifteen more official cup tournaments, and even winning the 2015 4chan Winter Cup, which is their only official tournament win so far. Known for their offensive and aggressive brand of football, they play it most often in their home stadium: the Magical Realm. The team's official colors are Ultramarine Blue (#0033FF) Mechanicus Rust (#CB762E) and Ceramite White (#FFF) for accents.

We're always on the lookout for more help, in particular with team aesthetics. If you're willing to help, feel free to contact the team management. As always, you can also post feedback on the Discussion page linked up here.

The /tg/ team is managed by Commissar John Fuklaw in accordance to protocols set forth by Friend Computer of Alpha Complex, and attempts to include a broad selection of /tg/-related characters. According to protocol, there are no commies, mutants, heretics, or traitors on the /tg/ team. We must remind you that happiness is mandatory. Failure to be happy is treason. Treason is punishable by death.

See /tg/ Roster for detailed information about the players.

The Narrative So Far

The Boyz in Blue held a tenacious and tumultuous campaign in the 2019 4chan Spring Babby Cup, the babbies being their worst performance after the drag out, knockdown struggle that brought them there. Drawn into Group B with longtime friends /vr/, a re-surging /y/, and the ever roulette table of /c/, they had their work cut out for them and strode forwards to try to reclaim their place in the Elites. This was not to be, as the warp had thrown chaos upon the team and stole away aesthetics and the time needed to properly assess tactics to try to fight off these new foes.

A painfully slow match with /c/ started off the games, leading to a painful 80' goal from /c/ deciding to Do it for Her, which only showed just how poorly the tides had turned as /tg/ marched into their second match with /vr/ to suffer a 1-1 draw.

It all came down to /y/. /tg/ needed to win by 2 to advance past the /y/aoi menace, but a last minute choke from the Prince of Cocaine would deny /tg/ a slot in the knockout rounds on the pain of -winning- against the team that would supplant them, the Warp overtaking their return to Summer and sending /tg/ off course to the Autumn Babbies with barely enough to prevent them from having to re-qualify. /tg/ forges onward to the 2019 4chan Autumn Babby Cup, purging the Warp from their systems after a break through Summer to reclaim their spot. But only time will tell as the narrative presses ahead...

The Boyz in Blue charged into Autumn with rage in their hearts and a subtle push from Khorn as they escaped the Cicatrix Maledictum and finally returned to the pitch with fixed aesthetics and all of their thoughts turned towards one goal- Returning to Winter, and satisfying the Book of Grudges.

Group E was a warzone of past friends and foes alike. /vp/, /d/, and the /y/aoi menace, as the Narrative placed them down for the perfect tale of revenge for /tg/ as they could do what had been done unto them.

/tg/ opened up early, scoring the first goal of their group as Doomrider was taking great, heaping breaths of his smuggled warp dust from the Great Rift and got an early strike on /vp/, only for the WAAAAAAAAGH to be staggered and slowed by a FUGGED up dragon. A last ditch effort from /tg/'s grand Captain, Thin Your Paints, prevented a 3-1 loss at 90+0, and /tg/ were forced to wait till the next week to take on a much beloved and friendly board of the Boyz in Blue, the sister board of /d/, fellow residents of the Magical Realm.

/d/ would prove to be a fair challenge to the Boyz in Blue as they struck first, but a quick rally from Thin Your Paints turned the Momentum in /tg/'s favor as a second goal from the Captain and the Son of Slannesh kickstarting our hearts with a third would prove enough to topple /d/'s will to continue against the Narrative.

Winter was in reach, but the final test still stood in front of /tg/- the /y/aoi menace had returned, and the sting of that bitter 'loss' six months ago still burned in the minds of each and every fan and all of the team as WAAAAAAAAAAAAAAAAGH stormed the pitch. A tense first half was all the sexual tension (and time for the drugs to kick in) that Doomrider needed to take it to /y/ with a vengeance, snatching redemption for the failure of six months prior and a hat trick to strike /y/ from the Book of Grudges and to return /tg/ to the Elite Cups.

The Knockout rounds were hard fought, and /tg/ never were ones to back down from a challenge. /x/ stepped forth and finally completed the curse that they had been building their entire cup run, decimating the conditions of the /tg/ players and putting the entirety of the team off their game. Little did they expect that Old Man Henderson was about to take control of the narrative on his own and put the game into ONE FULL HENDERSON of derailment, a goal from the man himself, Gork(or Mork), Doomrider, and Thin Your Paints securing a 4-1 win over the struggling /x/ offense that couldn't keep up with /tg/'s relentless stamina into extra time.

Unfortunately, the WAAAAAAAAAAAAAAAAAAAAAAAAAGH was delayed and stonewalled by the most adverse of foes- /jp/ autopilot, where not even a Doomrider goal in the opening minutes of the match was enough to turn the tides of battle. Despite the exit in the Quarterfinals, the Boyz in Blue showed their colors, a 4-5 loss showing exactly how /tg/ plays- refusing to go down quietly no matter what opposition stands in their way. They now continue onto Winter 2020, where the narrative shall continue, unfettered by a loss by the narrowest of margins as another team is entered into the Book of Groodges.

The Winter Campaign started with /tg/ being drawn into Group B for the Group of Crying Wallets- Longtime FLGS club member /toy/, the horsefucker menace of /mlp/, and at this point they might as well be a rival, overlords of Hasbro, Games Workshop and many more, /biz/. The first match was a middling success, Jace making his glorious return to the offence with two solid strikes past the /mlp/ keepers but /mlp/ summoned their dark magicks yet again to push back the forces of the magical realm and allow them another score to sink a tying goal in the 90th minute. Again. A draw was not the worst result and a good step towards finally breaking the curse placed upon /tg/ by the horsefuckers, and all eyes turned towards the next match and a grander danger. /biz/ walked in looking quite dangerous and /tg/ was prepared for war, only for GW's civil suite team to strike a goal first on /tg/ and threaten to take away the expensive paints and models the Boyz in Blue strive on. Then they tried to sanction Doomrider's Cocaine shipment and that's where they made a critical mistake. Doomrider put /tg/ in off a beautiful cross delivered from Urist McDwarf and a lofted pass to a Brutally Kunnin' Gork(or Mork) sinks the game winner as the defense would hold on for the rest of the match. Up Four points, /tg/ is looking strong with a win or draw to secure their slot in the knockout rounds, and only one opponent left to go... --------To Be Continued-------->>> 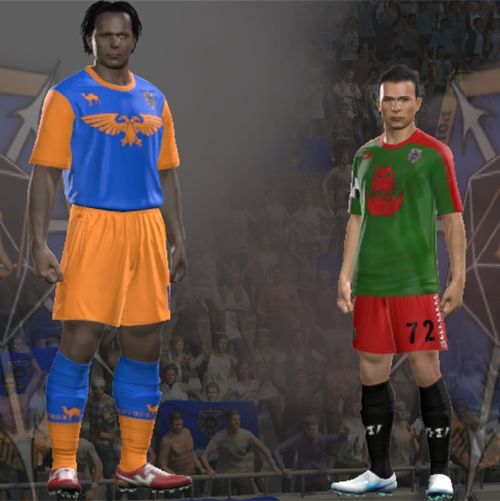 Players in italics are no longer on the roster.
Only players with two or more goals are included.

After the mysterious case of the Alpha Complex Arson, /tg/ opened their second stadium for the 2014 Spring Babby Cup. Dare you enter the Magical Realm? 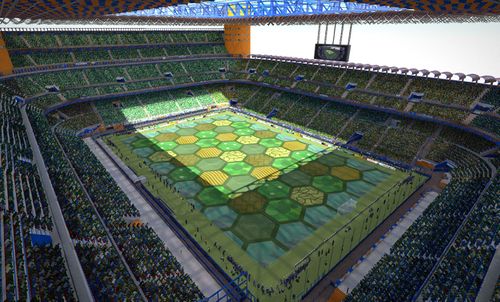