Difference between revisions of "/twg/"

This was the Golden Age that, without coercion, without laws, spontaneously nurtured the good and the true. There was no fear or punishment: there were no death stacks to kill you, fixed in iron, no crowd of suppliants fearing the barbarians face: they lived safely without protection. No army felled in the mountains had yet reached the flowing waves to travel to other forts: factions only knew their own land. There was no massive mobilization, no straight war-trumpets, no coiled horns, no swords and helmets. Without the use of armies, people passed their lives in gentle peace and security. The earth herself also, freely, without the scars of fire, untouched by blood, produced everything from herself. Contented with food that grew without molestation, they built up their settlement, and ate the fruit of the strawberry tree, wild cherries, blackberries clinging to the tough brambles, and acorns fallen from Jupiter's spreading oak-tree. Peace was eternal, and gentle breezes caressed with warm air the flowers that grew without being seeded. Then the tilled earth gave of its produce and, without needing to repair, the fields whitened with heavy ears of corn. Sometimes rivers of milk flowed, sometimes streams of nectar, and golden honey trickled from the green holm oak.

Then the deathstack from the west arrived, declaring war without provocation. 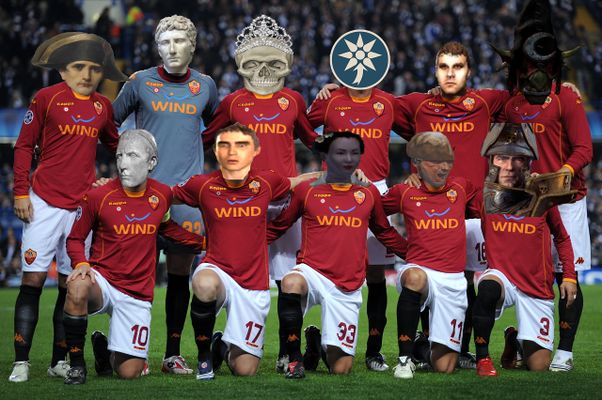 Bottom, left to right: FUCKING ANTIOCHUS, Muh Arche Seleukia, Advisor-chan, TRIARII, DOES NOT HAVE MY CONSENT

Whenever I consider the origin of this war and the necessities of our position, I have a sure confidence that this day, and this union of yours, will be the beginning of freedom to the whole of /twg/. To all of us slavery is a thing unknown; there are no lands beyond us, and even the sea is not safe, menaced as we are by a /gsg/ fleet. And thus in war and battle, in which the brave find glory, even the coward will find safety. Former contests, in which, with varying fortune, the Autists were resisted, still left in us a last hope of succour, inasmuch as being the most renowned nation of /twg/, dwelling in the very heart of the country, and out of sight of the shores of the painted, we could keep even our eyes unpolluted by the contagion of slavery. To us who dwell on the uttermost confines of the earth and of freedom, this remote sanctuary of real time strategical glory has up to this time been a defence. Now, however, the furthest limits of /twg/ are thrown open, and the unknown always passes for the marvellous. But there are no threads beyond us, nothing indeed but time and boredom, and the yet more terrible Autists, from whose painting, escape is vainly sought by obedience and submission. Blobbers of the board, having by their universal plunder blobbed the land, they rifle the deep. If the enemy be rich, they are rapacious; if he be poor, they lust for dominion; neither the east nor the west has been able to satisfy them. Alone among men they covet with equal eagerness poverty and riches. To colour, slaughter, plunder, they give the lying name of empire; they make a blob and call it strategy.