In a part of 4chan unseen by most other than its citizens and the occasional lost /v/irgin, sits a place called /u/. Slow and elegant posting is preferred here, and you will find no pornographic material on this NSFW board, for it is far too lewd and impure. Sex? Not pure. Kissing? Still not pure. Hand-holding? Just pure enough. The /u/nicorns of /u/ like to sit down for a cup of tea and a nice, long, slow discussion about their favorite girls' love. After years of suffering /u/ finally got a triumphant yuri end in the 2018 4chan Winter Cup, then after a few more hardships got a second elite cup win in the 2020 4chan Summer Cup.

After a disappointing 4th (fourth) Round of 16 exit, /u/ entered the 2020 4chan Summer Cup in Group E with /fa/, the familiar face /wg/ and the very familiar face /his/, a team the /u/nicorns tended to bump into at every occasion in 2017-2018. Said match up with /his/ was the first match, and with a 4th straight victory (2-1 thanks to a Purest Form of Love brace) for the lesbians, it successfully tricked the fans and the cup audience that this would be another relatively dominant but arguably sedate /u/ cup run. However, the fact that Pregnant Anne Frank scored was in fact the harbinger of weird shit to come. And weird shit would come in force in the second match against /fa/, as the fashion autists didn't take kindly /u/'s provocation of playing football in crocs and descended upon the team with great blazing fury. In what would become one the cup's most memorable shellackings, /u/ would suffer a disastrous 2-9 humiliation, with only Feito-chan and Homucifer managing to salvage some charred crumbs of dignity. With an abysmal -6 GD af /u/ was keenly aware that they would be out of the equation in any scenario involving a GD tiebreaker and needed /his/ to win against /wg/ to have the final day be a simple win and in situation. Fortunately, /his/ delivered and /wg/ even managed to get Descartes suspended for the match against /u/. The team needed "only" a win to advance, but morale after the 2-9 debacle was at an all-time low and /wg/ capitalized on that. Taking a leaf off of /fa/'s book, /wg/ put instant and constant pressure and built themselves a 3 goal lead by the 50th minute. Needing 4 goals to advance, the situation for the /u/nicorns was incredibly dire, but then /wg/'s strategy of constant pressure was starting to backfire. With the /wg/ players getting prematurely tired, Homucifer managed a crucial steal in the /wg/ half which resulted in Purest Form of Love putting /u/ on the board, then immediately followed by Befriending and then Purest Form of Love scored again bringing the game level before the 75th minute mark. Still needing a goal to survive, /u/ was helped by /wg/ doubling down on chasing a win to secure themselves, which ended up sealing their fate. /u/ put fresh legs on the pitch late to take advantage of /wg/'s collapsing midfield, and at 85' the miracle happened and Feito-chan put the team ahead. The dying moments of the game were agonizing as /wg/ threw everything they had to try and salvage a draw but things went to a screeching halt when a /wg/ defender shut down a /u/ counter by fouling Feito-chan in their box. Homucifer sank the penalty and confirmed /u/ to the knockouts on an unbelievable comeback from 0-3 to 5-3, setting the record for the biggest comeback resulting in a win. Ironically /his/ would eventually best /fa/ and /u/ would advance on 6 points -4 GD over /fa/ who relegated on 3 points +1 GD, having scored all of their 9 goals against /u/.

The team had barely any time to breath as they've been immediately set up for a Round of 16 match against a very confident /sp/ who had just 9 pointed their group and was hyping up their "weeb annihilation tour". There were reasons to worry about another Round of 16 exit as /sp/ had the best offense of the group stages, and it has been a long time since /u/ appeared as the complete challenger. As it turned out, the team found their footing back and completely shut down the /sp/ergs' attacks, and thanks to a combined effort from Black Sunshine, Feito-chan and Homucifer, the team claimed a controlled 3-0 win. Black Sunshine scoring her 5th career goal was not only a nice match event, but it also set the tone for the massive role non-medals would later play in the cup run. Next up was the quarter-finals and /u/ was to play /his/ AGAIN in the 5th occurrence of what has been officially dubbed "The Siege of Lesbos", although for the first time disputed on /his/' ground. /his/ had looked very convincing and they were determined to finally get a win over /u/ but the lesbians were equally determined to keep this match up going their way. The match quite quickly devolved into a slug fest, /his/ got the opener but Feito-chan soon answered and Homucifer put the team ahead, only for /his/ to equalize on the kickoff. Akkarin got the team ahead again and /his/ answered on the kick off a second time. With no team managing to find a clear lane to the other goal thanks to both keepers doing excellent plays, the game stayed at 3-3 all the way to the end of extra time and it came down to a penalty shootout to decide who would get their ticket to the semi-final. As the entire audience held their breath, /u/ and /his/ took their turns, but when it was Charles II's turn, the inbred retard took a mediocre shot that Madokami was able to read and palm away. That was the one blink that sealed the game; all other strikers got it in the net and it was was poetically Science Babies, who got /u/ their first star in a penalty shootout, that confirmed /u/ for the semi final. Next, /u/ faced /out/ in the semi, and the Yuru Camp themed match meant that a lot of Nadeshiko's beloved broken spaghetti ended up spilled, with defensive blunders allowing /out/ to be ahead by 2 at 60', but the /u/nicorns had seen worse. Like against /wg/, Purest Form of Love initiated the comeback, followed by ERNESTAAAAAAA channeling her white hot hatred into an equalizing header. The game got very tense with both teams managing breakaway plays until /out/'s This is What We Wear In Germany tried to intercept a lobbed throughball to Homucifer by taking an incomprehensible and hilarious dive which left Homucifer unchallenged to easily put /u/ ahead and the match ended 3-2. /u/ was now to play their 4th elite cup final with a chance at being the 3rd team with 2 stars, and as luck would have it, /u/'s sister team /c/ would be waiting for them on the pitch.

With a dream match up in the final, the team proudly set foot on the Konami stadium for the fourth time, but under the pleasant atmosphere and the joyful special anthems, both teams had nothing else in mind but claiming the cup for themselves, and a kick off blunder that almost became an early goal for /c/ showed very clearly that in this match any mistake could seal to deal. /u/ got first blood at 24' with Demon Dork scoring off a cross from the right wing, a tactic /u/ had used and abused this cup. This lead lasted until 38' when Yui managed to sneak a goal past a very narrow angle to bring the game level at the half. As the second half unfold under breathtaking tension, stamina started to play a very crucial role; after a Feito-chan goal at 63', a very tired Befriending got dispossessed in the /u/ half allowing Do It For Her to equalize the game again at 72'. Things were not looking great, /c/ was surging and was relentlessly besieging /u/'s net and while the defenders managed to keep things under control, the team had all the trouble in the world in mounting a convincing attack with Befriending becoming increasingly exhausted. Regulation ended at 2-2 and going into extra time, /c/ started having stamina issues too, with their prime set-up player, Do It For Her, being completely out of steam. With both teams essentially deprived of their offense and becoming easy prey for the opposing defenders, the star looked poised to be decided on another penalty shootout. Five minutes away from the final whistle, /c/ kept assaulting /u/'s box but their front players were too tired and /u/'s backline kept defusing their attacks, culminating with a very off target header by a completely gassed Do It For Her. Gifted a free clearance, /u/ had this one last attack to end it before penalties...and this is where Befriending, despite her complete exhaustion, managed one final heroic push on the wing, then caught a weak clearance and passed it to Akkarin, of all players, wide open in the box and the former medal sank the victorious goal right on the dot of 120'.

" It's gonna come down to the wire, Akkarin...AKKARIIIIIIIIIIIIIIIIIIIIN!!!!!! THE CLASSIC /U/ PLAYER WILL TAKE THIS CUP FOR THEM! "

With a second lily on their crest, a fourth top 2 overall, and a whole sweep of auties awards, /u/ now stands as the highest finishing team in the cup...and are determined to not spoon the next cup they are hosting. But before that happens, the team has a lot of "locker room celebration" to enjoy. 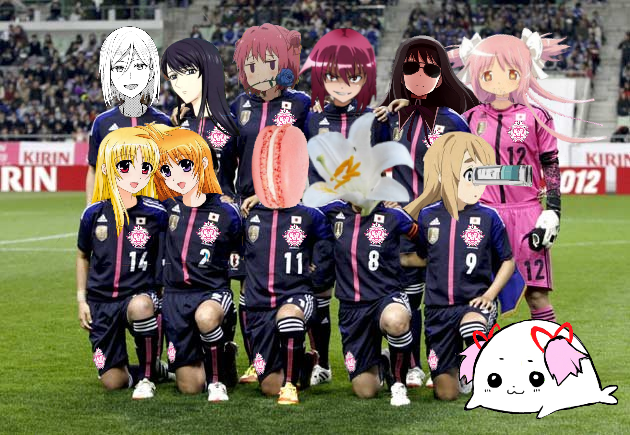 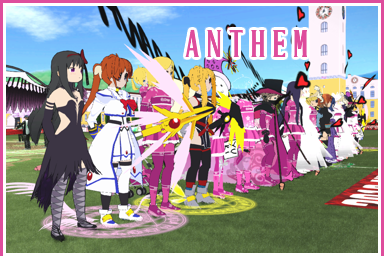 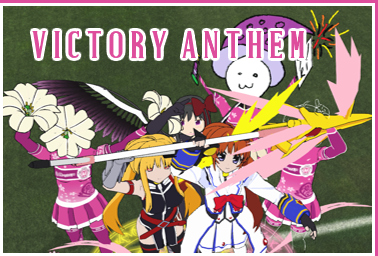 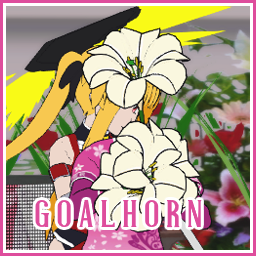 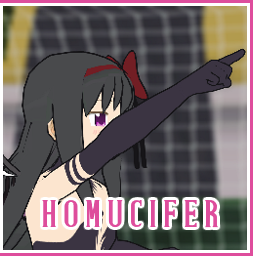 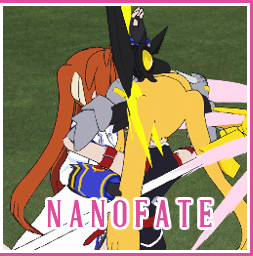 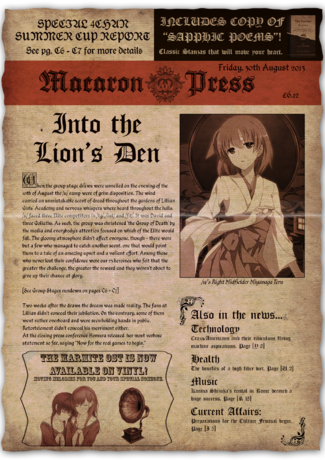 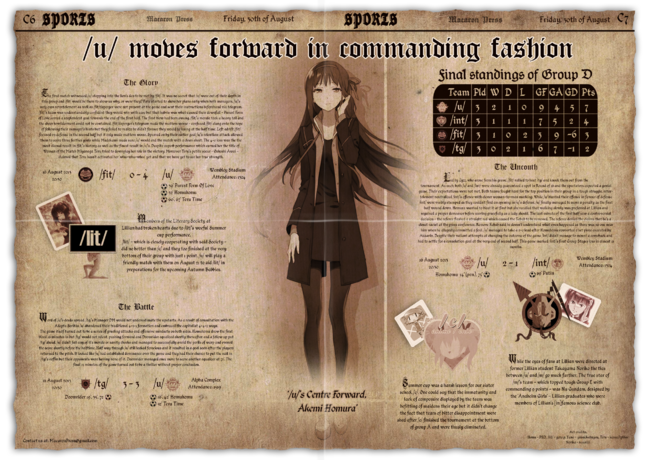 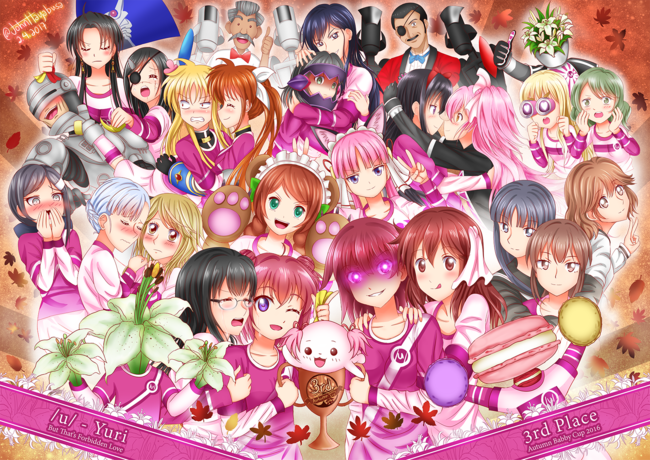 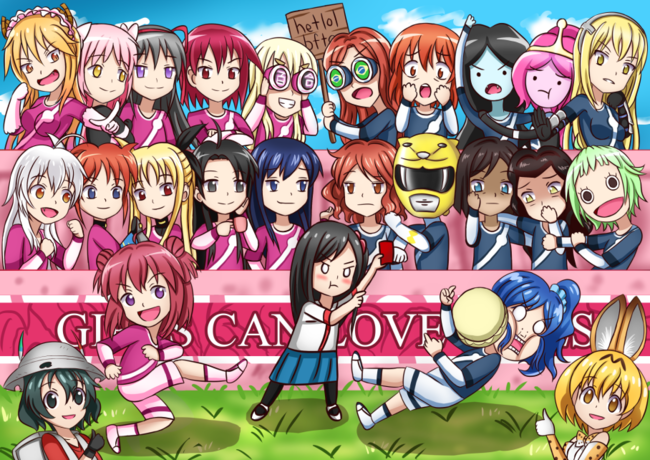 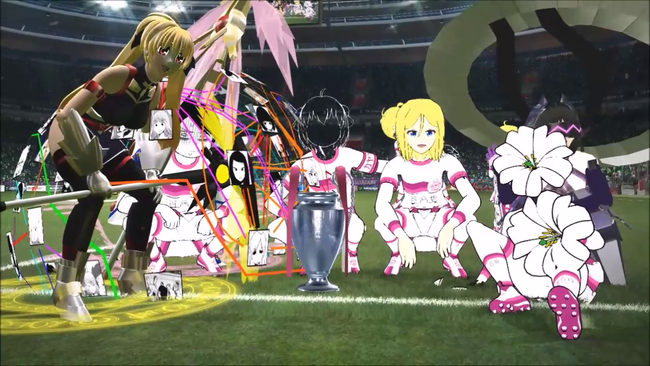 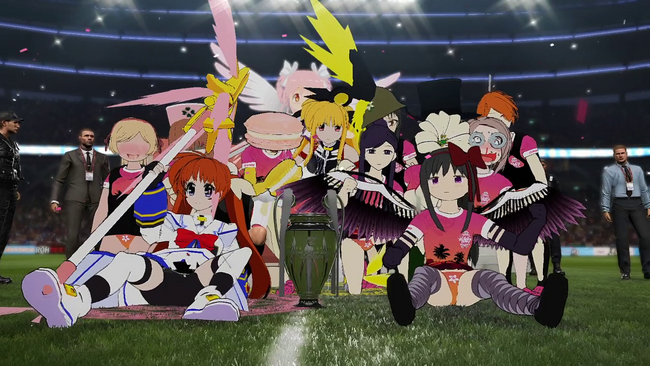 And the team that brought /u/ their second star 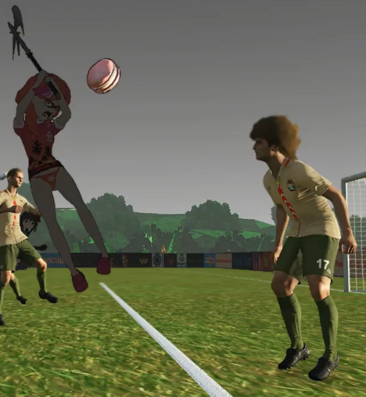