Difference between revisions of "/y/"

/y/, the darkest corner of 4chan to many, home to 16 year old girls and middle aged men to others. To regulars, it's Yaoi, hot, cute drawn men. Oh, and they're all fucking each other. /y/ is looking to violate the 4 Chan cup in ways that can only be comprehended by sick fucks.

Home to the famous >Gold Defender, /y/ plays with a "all or nothing" approach, which leads to some of the most entertaining football to watch in the cup. Current manager Sleep Deprived Anon has shown that the team has the ability to play in a unique and flexible matter, leading to all kinds of strange football being played. With star players such as Denied Pleasure, Kawaii Neko ~*~ and Traps, /y/ attacks from risky through balls and long shots at goal while relying on solid 1-2 defending and expert goal keeping.

Finally, after 5 long years, /y/ had promoted to a elite cup in one of the most entertain-able ways possible. However, the 2019 Summer Cup showed /y/ fans how tough it really is to play with the big boys, and were quickly relegated. With a new year and new found confidence, fans hope its not another 5 long years to be back at the top of the mountain. Hopefully, /y/ will make their babby cup campaign one to remember. 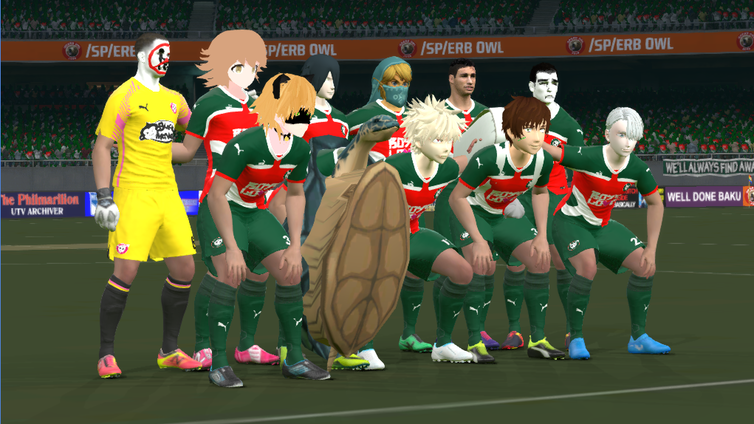