RigIt is another lame attempt at an Edit/save file editor for PES16 with some additional 4CC-specific options. This one is open source and should run on all platforms that are supported by Python 3 and PyQt5 (that means Windows, Linux, and Mac).

It is based on the findings collected in Edit file structure.

Some notable features are: 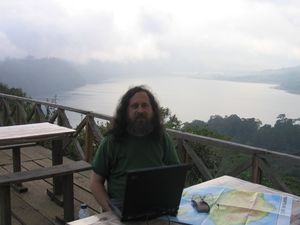 The freedom loving man with the funny beard.

This might be interesting for anyone wishing to contribute or writing his own PES-related scripts:

The stand-alone releases (for Windows only) can be downloaded here.

As building and uploading an *.exe is boring and tiresome, not every single addition or fix might be released right away. Instead, you might want to consider running the Python scripts directly.

You will need the following libraries:

Head over to the RigIt repository on GitHub and click Download ZIP (or, if you know what you are doing, use Git).

Now all you have to do is run the rigit.py from the RigIt directory. If you run it from the command line, you might also see additional information that gets written to the console.

Please either use GitHub or the talk page.

You are free to contribute by fixing bugs, replacing ugly code, or adding your own modules. Either use pull requests on GitHub or communicate through other means, like the talk page.

Install the libraries mentioned above and get going. Use the Qt Designer (found within the PyQt installation) or Qt Creator to edit the *.ui files.

You can also just do research without writing a single line of code by completing the research on the Edit file.

The stand-alone .exe is built through py2exe (download). Run the following command from inside the RigIt directory:

The script will now try to pull all the necessary files from your system and create a folder with the stand-alone application. You may have to provide the pes16decrypter on your own as it is not part of the repository.

Unfortunately, the overall size is quite big. Some DLL optimizations might perhaps reduce it by a significant amount.

RigIt tries to follow PEP 0008 -- Style Guide for Python Code as closely as possible. However, probably only a fraction of its requirements are currently met.