Difference between revisions of "/his/"

The great Emperor Hiroyuki Nishimura answered the calls of the repressed /his/ communities of 4chan and granted them a homeland. This homeland was called /his/; and it was estimated to have been created in AD 2015(but possibly sometime after that because we couldn't be fucked sourcing). The anons of this board have come together to form a team that represents them in the 4chan Cup, in all their historical, humanitarian and philosophical capacity.

By the way, we have a discord server now. Join here!

The nation of /co/ went to civil war next to it lies the state of /his/.

/aco/ on its bid to fight had to go through /his/ lands once realized /his/ mobilized but was caught by surprised when /aco/ forced their way through the /his/ line and lost many men while putting a small resistance slowing /aco/ to head deep into the /co/ lands Soon /mlp/ came looking for the /aco/ army found /his/ forts and decided to attack them realizing that it's under defended they attacked and won and not only they decided to destory the lands they decided to occupied most of the un destroyed land. Leaving /his/ with only a city untouched /his/topia

Meanwhile the /aco/ army was forced into a battle with /co/ and was defeated and forced /aco/ to go back heading into the /mlp/ army while /co/ is heading to /his/ topia to destory the last remaining city under /his/ rule The forces /co/ in wonder of the city on the lake of wisdom build some dreadnoughts and broke through the wall and forced their way into the city and massacred the population and the remaining forces did a last stand in the plaza while bomber haris got a plane working and with a few people from the holy roman empire left to restart a new land of /his/ while /co/ looted the city and taking whats left of /his/ and started to head back to its lands.

/co/ took over the /aco/ lands once under. /his/ and /his/topia where the remaining people of /his/ went there to live in under /co/ rule as a puppet state.

Over time the lands around /his/topia became core /co/ lands while the /his/ topia slowly became depopulated and by winter it was nothing but an abandoned ruins. No.one knows where they went but what its known is a sighting of what appears to be a plane. 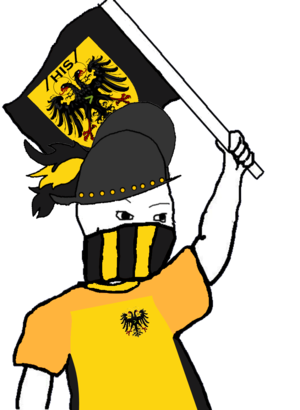 "Alright, consider me convinced. /his/ is actually a good team."