The Together Forever Curse 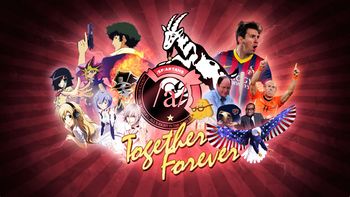 The Together Forever* Curse was a curse that kept /a/ and /sp/ together forever since the first cup. The curse spanned through 12 official 4chan Cup events, including 4 Babby Cups, until it was seemingly broken in Spring 2016 with /sp/ advancing to Summer, and /a/ failing to advance. However, when /wg/ and /gif/ (itself a replacement for managerless /g/) failed to provide exports for Summer on time, /a/ retroactively qualified, thus keeping the curse alive. Both /a/ and /sp/ were subsequently relegated to the 2016 4chan Autumn Babby Cup, where the curse was finally (we hope) broken for good, with /sp/ promoting from their group and /a/ going to the 2017 4chan Spring Babby Cup Qualifiers off a last-place finish in their group. 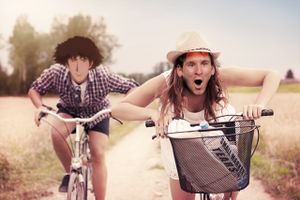 An example of Together Forever-related memes.

The Together Forever curse sprang from /a/ and /sp/'s former status as the "last elites". As fellow members of the Original Sixteen and two of the largest fanbases, /a/ and /sp/ eagerly hoped for their own team's promotion and their rival team's relegation from the Elite Cups. Fittingly, both /a/ and /sp/ were subsequently ejected from the elite cups in Summer 2014. Together Forever subsequently replaced "the last True Elites (held only by /mu/ until Winter 2015)" to denote /a/ and /sp/'s consistent inability to play in a tournament without the other in spite of sometimes (ridiculously) disparate performances and an actual relegation. The curse has lasted from the inception of the 4chan Cup all the way to 2017 4chan Winter Cup, where /sp/ played in a cup that did not include /a/.

Arguably, the /a/ vs /sp/ rivalry is the most heated throughout the 4chan Cup. As the 4chan Cup's first Champion and third Champion, /a/ and /sp/ have a history of enmity. Together Forever is often used in lieu of this rivalry; the team that has been relegated will invoke Together Forever in the hopes that the other will be relegated with them, whereas the team that promotes hopes the other is ejected.

The first and most commonly used expression of the curse comes through Rick Astley's 1987 song Together Forever, though in the wake of the Summer 2016 Group stages a song of the same name from the Pokemon TV Soundtrack was used in reference to /sp/'s last minute relegation by a stunning victory by /vp/ over /out/. The Meme is also expressed through images and macros depicting Cowboy Bebop and Messi, /a/ and /sp/'s respective captains, taking part in various activities together. 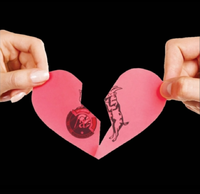 The end of the curse

/a/'s poor results in the 2016 4chan Spring Babby Cup initially kept them in the babbies, while /sp/'s 6 points in the group stage were enough to get them promoted to the 2016 4chan Summer Cup. The curse was broken, but only temporarily. As luck would have it, the promoted /g/ lost their manager, and /wg/ missed a deadline for the Summer Cup. With these events, /a/ was already confirmed for being qualified to that cup. As if that wasn't enough, /gif/'s manager decided to not submit an export, and got suspended for his trouble.

At said Summer Cup, /sp/ and /a/ were both relegated in dramatic fashion. /a/ started off the cup with two wins, but a 7-0 loss to /fit/ combined with other results made them the first team to get relegated with 6 points. On the same matchday, /sp/ was relegated after a 2-2 draw against /d/ combined with /vp/'s 6-2 win over /out/. With that huge win, /vp/ took second place away from /sp/ via goal difference.

The 2016 4chan Autumn Babby Cup looks to be the final dagger to this curse. Following /sp/'s strong start with two wins, they were already confirmed for being in the next Winter Cup. /a/'s two losses to start this cup left them with the odds stacked against them. Though they got a win over /po/ after those defeats, it was too late - /jp/'s 2-2 draw with /out/ had already confirmed that /a/ was (at least for now) stuck in the babbies for another season.

Despite the end of the meme, the rivalry between /sp/ and /a/ remains heated even though they play during different seasons. When one team fails, the other shit posts on the other's board. The mutual hate is everlasting.

Head-to-head, the two teams met four times, with /a/ leading /sp/ 3 wins to 1 win. With /sp/s's lone victory in a friendly, /a/ remains undefeated vs /sp/ in games that actually matter.